These wonderful Maine Coon rescue stories are sure to brighten your day! Every day we receive new additions to our Monthly Photo Album. Most of these are nice, short introductions to a cat.

But sometimes we get a long get-to-know you kind of story. Even better, some of these are happy ending "tails" about a Maine Coon or Maine Coon mix that almost didn't have a home. Enjoy!

Did you rescue or adopt your cat? Tell us your story, and inspire others to adopt!

Maxwell Fluffypants was rescued from a foreclosed home where he had been left with an open bag of food and the water had been turned off... 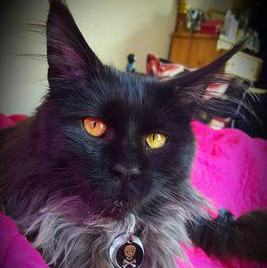 Scout Stormcloud is very special to myself and my husband. All my life I had 'rescue moggies'- but one day I saw there was a breeder of Maine Coons …

Oliver was adopted four days before his twelfth birthday. He's so happy in his forever home!

Maui, The Maine Coon Miracle, was rescued by Juli and now has a happy forever home!

Autumn Beauty is sweet girl with a heartwarming rescue story. 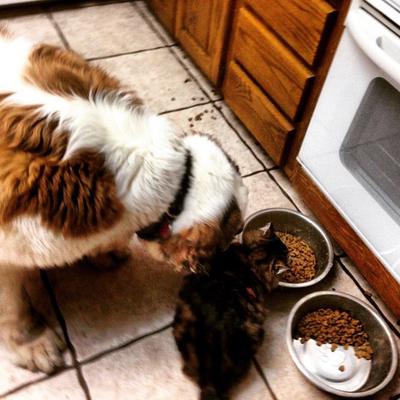 Alexis shares, "We will forever be a Maine Coon rescue household! As much as I like to think we have helped her by rescuing her, she has helped.."

Marco is a Maine Coon with a great adoption story; Patches and his three brothers got a new lease on life; and, Tomasito Gato went from living under a house to living the good life, in it.

Joey was rescued by Leslee at only eight weeks old! Visit his adoption story here.

Meet Buster the ex-shelter cat! Buster is a Maine Coon with a rescue story to tell. Then learn all about Peyton, in "Who Rescued Who?"

This page has three wonderful rescue stories; Saving Grace, Crying Saved His Life, and Second Chance For an Abandoned Boy

"She Saved My Life"

Louis shares, "Recently I have been in a long period of depression, and I'm diabetic. Recently separated, lost my job, and had to move to a new state.."

Presley was in need of a forever home. My friend took a little orange and white from a neighbors litter and took a picture of Presley to show me. He …

My name is Creamsicle Eduardo Evans. I am about 3-3 1/2 years old my humans have had me for 3 years now. I was found in the wild by the Animal Rescue …

Furby was rescued from a bunch of men armed with a variety of weapons. They wanted to kill the big white male that was fighting with their females and …

Here are four great stories: "Pax & Baya- They Found Us," "Left in a Woodpile," "Rescued from the Humane Society," and "Grateful" 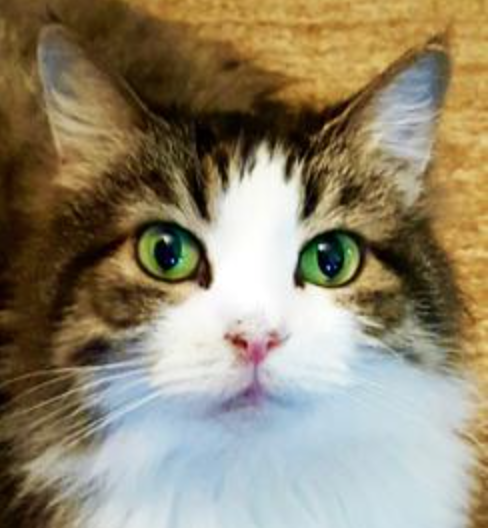 Sadie, our beloved feline of more than 15 years had just gone over the rainbow bridge. We knew we could never replace her but wanted to give another kitty a loving home...

A year ago I rented a cottage and on the property there was a cat roaming the yard. My landlord said it was homeless for the past 4 yrs and it just lived under my cottage I'm renting.

Landlord and son fed the cat but it was too fast...

In July, 2014, I adopted a beautiful black and white kitten from the Humane Society. He had been born on May 9, 2014. He had a brother and a sister.

It took a couple of days to...

A Third Chance
When we decided to get a feline, we looked through tons of nearby organizations and websites but found nothing that really stopped us in our tracks.

My family wanted something very specific- a small...

This is Scooter, also known as Mr. Scooter. It is believed he is about four years old. Nothing is known of his original owner. He is definitely a Maine Coon! He has every trait, from his...

I rescued this little creature from a house that burned down back in November 2012 in our neighborhood. He was just a kitten about a year and a half old when I captured him which was no easy feat...

This story is about a little miracle kitty name "Chance." My husband Tim was in the washroom one night and called me in there.

He asked me if I could hear a cat meow. I listened and I heard a few different meows... 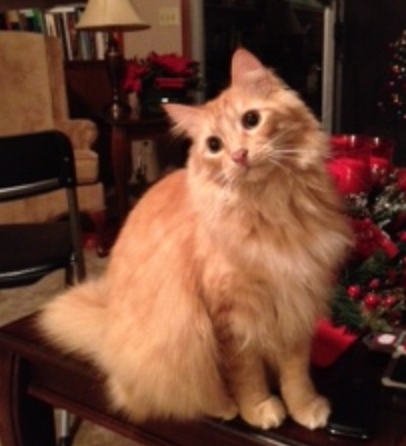 This is our baby Louie. He came to us un-expectantly. We were already owned by three cats, all tabbies. Two of the three were homeless, and the third was adopted from the Humane Society....

We adopted Maddy from the local ASPCA just two years ago this month in January 2011.

I went to the shelter with a heavy heart as I had just lost one of my old and beloved kitties, Skeeter a month earlier... 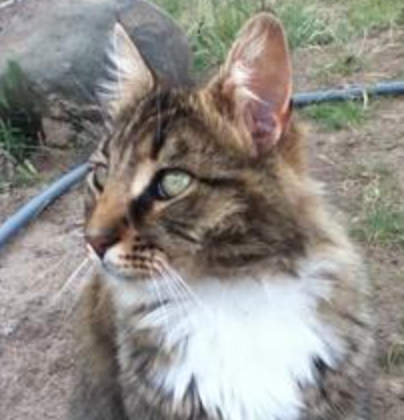 Asad means "lion" in Arabic. This is a very special and very lucky boy. I found him in the middle of the night at a McDonald's drive-through in a bad part of town...

I work at the Reno NV Veterans clinic and was done for the day, 4 years ago in February and walking to my car in the one story parking ramp. I thought I heard a bird tweeting. I also saw a coworker standing...

Boots is now 9 yrs old. We first encountered Boots who (btw is half maincoon breed ) was underneath our porch.

I'm an animal lover and my home has become a refuge for homeless cats. I can't sleep or eat...

Lucy is about 11 months old. I do volunteer work for a no-kill kitty shelter in the area. We have no problem getting our kittens adopted...the older kitties...

Feral Colonies in Iowa
I live in the Amanas in Iowa and our 7 villages have ALOT of stray cats. I feed and vet all of them that show up.

We've had some beautiful cats show up, but I was truly shocked when Maine Coons started showing up at my door!

Last Chance:
I am employed at a group home for developmentally disable when a wife of one of my co-worker came into the house with this coon cat looking for someone to adopt it.

I contacted my mother, an animal lover, whom agreed to take in the cat before it was destroyed.