When we last left off, it was concluded that no one really knows how the Maine Coon Cat Breed originated! Now we pick up the story in the mid to late 1800's. It's at this time, in Maine, when we find the first documented Maine Coon cat.

His name was Captain Jenks. He was co-owned by Mrs. F. R. Pierce and her younger brother. Mrs. Pierce wrote about and Captain Jenks, dating his time as a housecat at 1861. She also wrote about early cat shows in the eastern U.S. in the 1870's.

In those days the Maine Coon was already recognized as a breed. It was referred to as a Maine cat, a Shag, a Snughead, or a Coon. The European Cat Fancy was just taking hold. There were big-city cat shows held in the 1870's that included the Maine Coon cat breed. 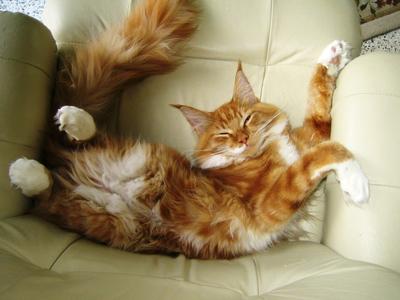 Then, in May of 1895 the largest and most famous of the early cat shows was held in Madison Square Garden. This is the early cat show most people know about, and associate it with the beginning of the cat fancy here in the U.S.

The Maine Coon cat breed was well represented. Cosey, a female Maine cat won first place and best in show. The Maine cat remained popular. In the Boston show circuit, one of Mrs. Pierce's cats, Max, won in 1897, '98, and '99. Then he was defeated by his son in 1900.

Shortly after that, the Maine cat began losing popularity. The next big thing was the imported Persian cat. They began their rise to the top, leaving the Maine cat in the dust. The last big win for a Coon was in 1911, then the Maine cat went into virtual oblivion.

They were still loved, cherished and admired here in Maine. This is where loyal fans of the breed kept record of their lineage and preserved the breed. 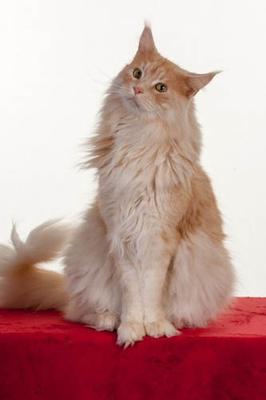 In 1953, the Central Maine Cat Club was created. The CMCC held local cat shows featuring the Maine Coon. These shows rapidly grew in popularity. It was just the exposure that the Maine Coon needed.

In 1968, the Maine Coon Breeders and Fanciers Association was established. It is responsible for promoting the breed, establishing a breed standard, and getting the Maine Coon back in to the cat shows.

By 1976, the Maine Coon cat breed was once again fully recognized throughout the cat fancy, thanks to the MCBFA. It rose back up the ranks of popularity. It is now, of course, a champion among champions. The Maine Coon is regularly listed among the most popular cat breeds, and their fans are numerous!