Welcome to our September 2013 album of possible Maine Coons and mixes, where cat lovers come to ask if their cat has some Coonie in him or her!

By: David Kelley in Jackson MO 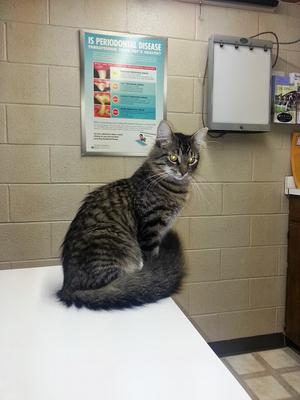 Cooper 3 months ago at the vets

Cooper adopted me about 3 months ago when he was 8 months old.

The people that had him said he was a Maine coon but Im sure probably a mix. He loves ro sneak around and catch you by surprise and he acts more like a dog than a cat.

Every morning he is waiting for me when I get up for his morning rub down lol. He is almost 1 yr old and weighs 12 lbs.

By: David Santibanez in Modesto, California 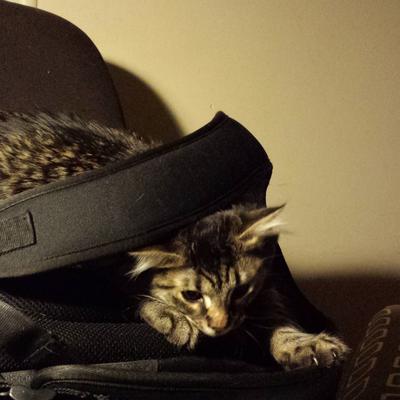 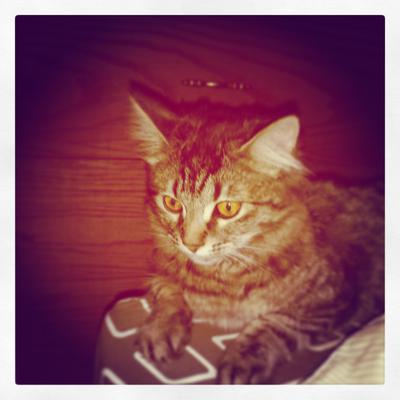 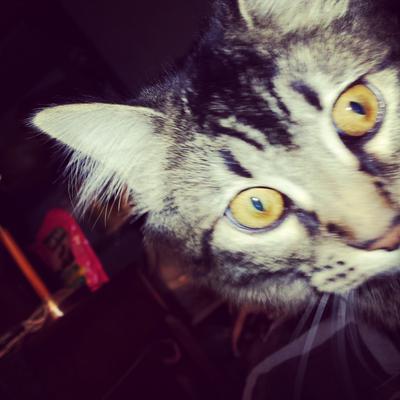 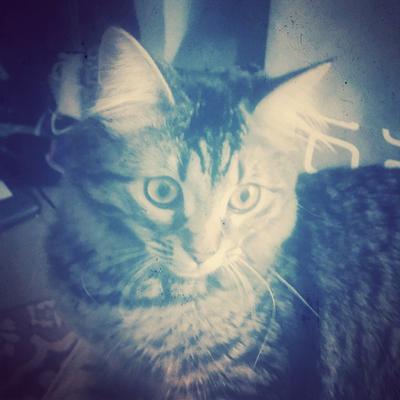 Shes about 8 months old,very adventurous, she loves atenthion so much to the point were she will not let me text, she seems very smart ad at times almost seems like she talks, in her own way...

By: Ella in Allegheny Mountains, PA 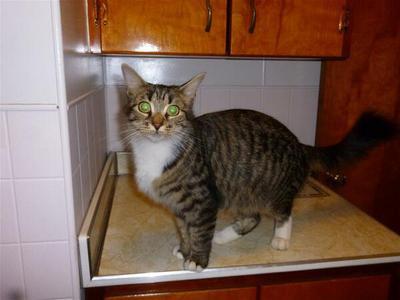 This is Tiger Rose. She knows her name as Momma Cat which is what they called her at the local saw mill. She had at least 2 litters by the time we met her and we decided that we would bring her home after her kittens were "adopted" out.

We treated her for fleas, had her spayed, tested for feline AIDS and Leukemia (combo test result was negative), vaccinated and gave her a name. She's being treated for a mild eye infection and gets a dose of oral meds for ear mites on the 1st of October.

The hair on her tail is kind of like a feather duster and she has small tufts of hair coming out of her ears and from between her toes. She is extremely friendly and very vocal. She's very intelligent for a cat.

She loves to play with my camera strap while I attempt to take pics. The hair on her belly is silky and it doesn't matt up even though you'd think it would.

She's rather small only weighing in at 8 lbs 4 oz and the vet said that she's between 3 and 4 years old. If there's any Coon in her it's probably a few generations back but I thought I'd submit a pic to this site anyway. I love the site! Thank you for putting it together. 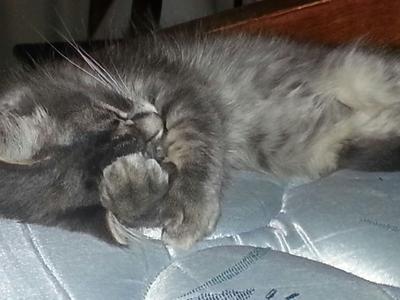 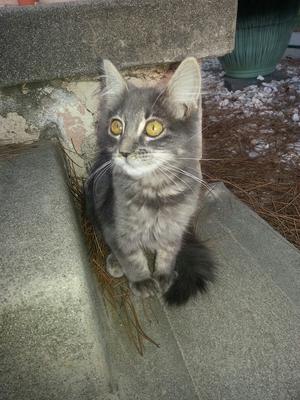 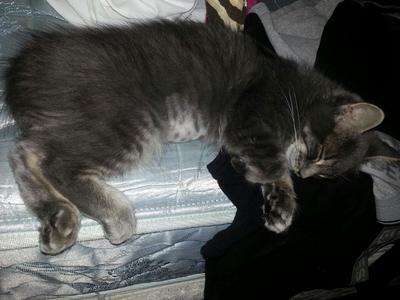 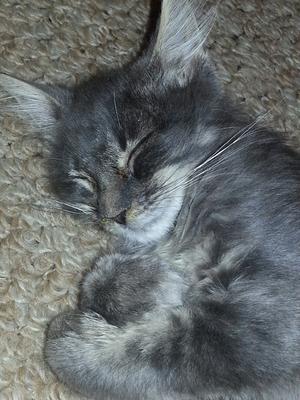 Hey Everybody!
My Name is Mew Coon! My Mommy rescued me from a shelter in Jurupa Valley California. I am now 3 months old!

The shelter listed me as a tabby cat but my mommy thinks I may be a Maine Coon or a Maine Coon mix. I am fairly large for being so little. I love to play and cuddle. I eat tons! I love water!

And my mommy calls me a ballerina because I walk around the house so gracefully swishing my tail back and forth.I have such a big personality with quite some character (:

My eyes are golden green and I have a tiny meow,cute little chirps and loud purrs,oh and don't forget my gigantic paws!My ears are big with lots of fur sticking out, mommy says its a good thing because its better to hear you with (:

Well its nap time, it was nice meeting you all!!Your Friend,
-Mew

Vermont LuLu - My Dog In A Cat Costume

By: Russell in Central Vermont 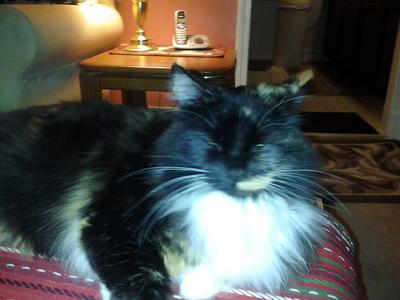 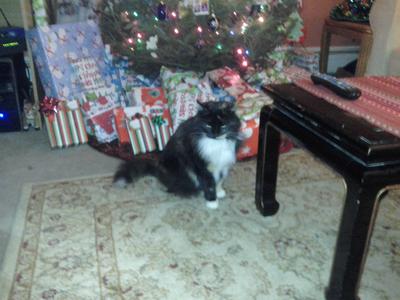 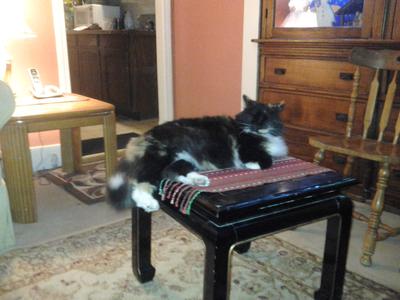 I believe she is part Maine Coon. She has large mane, very bushy tail, plays with her water bowl, and is more like a dog than a cat.

I had two different people visit and say "Oh, you own a Maine Coon" within the last year. Also she reached her maximum weight (15 lbs.) when she was five years old.

She tolerates dogs but doesn`t like any other cats. I received her as a kitten but never saw the parents. She came from a Vermont dairy farm. Would you agree that she looks like a Maine Coon?