All Breeds of Cat, Which Is Your Favorite?

From the beloved Domestic House cat to the new Ragamuffin, all breeds of cat are special and unique. They make a house into a home. There are so many different breeds to choose from. What breed is your cat? Tell us on this page what makes him special!

Is there a best cat breed? I don't think so, but there is a best cat breed for each individual, or family. It is so interesting to learn about all breeds of cat and their differences. Every cat breed brings something special to the world!

We asked, you answered!

We asked you to share your favorite cat breed, or type. Here are your answers!

I have a Maine Coon 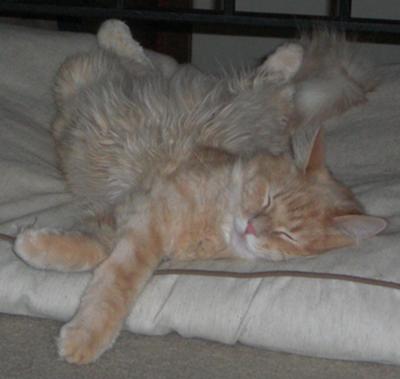 By: Martina in Oakdale, MN, USA

I love my Maine Coon because he has so much personality. He's super smart too. He knows his own name, and he has me trained to turn the bathtub faucet on when he's thirsty.

He's also a very social cat. He comes to the door when people come over to greet them, and he's always climbing into my friends' laps to get a pet.  all , I'd have to say he's the best pet I've every had. 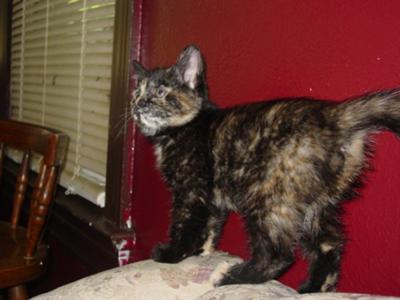 By: Hilary in Battle Creek,MI

There has been a calico theme in my life since I was 12 years old.

It all started with a special cat named Princess,who found her way into my heart the Summer after my mother passed away. I was very withdrawn,and didn't talk to many people. I needed a friend who would just listen.

I was visiting my aunt's house in the country that Summer,when she told me about a litter of kittens that had been dropped on the side of the road near her house. She had been feeding them all on the back porch,with the exception of a little Calico kitten,hiding in the bushes.

She had been eating the tomatoes in the garden,and gnawing through the cantaloupes to get to the fruit inside. My aunt had been unable to catch her,or even get close.

I sat down in the grass by the bushes,and called to the kitten. The little cat emerged cautiously,and climbed in my lap,on to my shoulder. I knew right then that I had a friend for life.

Princess had injuries to her leg and her neck,as if some animal had gotten a hold of her. She had maggots in the wounds,so we took her to the vet to get her wounds cleaned and stitched up. I cared for her every day,putting ointment on her injuries. She healed up very well,and she became my constant companion.

Princess is going on 16 years old this year. She still lives with my grandparents,who need her as much as I did back then. She is in perfect health,and I think she will live for a very long time. She is a survivor.

I have a Calico in my new home, named Topaz.She was also a rescue,who charmed my husband by sucking on his thumb the first time he picked her up and held her. She amuses me every day with her energy and affection. I think Calicoes will always be a part of my life,no matter where I go.

Comments:
Tortoiseshells/Calicos
by: Jessy
I love them too, though they're a color, not a breed. It was a Tortie who shared all my late college--early working--motherhood years, and when she died, a part of my history was gone with her.

Also had a tortiecalico later on. I call her that because she was tortie on top and calico on the bottom. Cats don't read things like breed standards. They couldn't care less.

All cat breeds are beautiful! Tell us about your favorite. Who has a special place in your heart?