What is it about cats in sinks? Perhaps it's the size, the shape, the way they produce fresh water, or maybe it's just because it is so fun for a cat to be right in the way!

Whatever the reason, it sure is cute when a kitty decides to take a nap right in the sink. We have collected quite a few sink photos over time, so here they are all in one place - Enjoy! (Each one is marked with the Photo Album he or she also appears in). 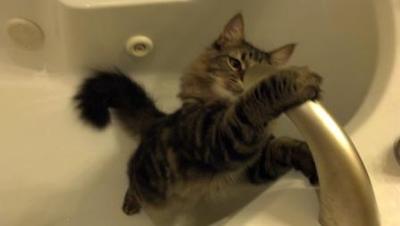 Conner (April 2012) is trying to turn the faucet back on! 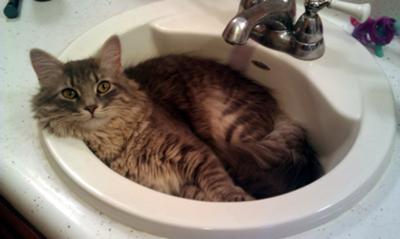 Liam Neeson (April 2012) is quite the character, who likes to watch the birds and squirrels, is very vocal, and extremely expressive! 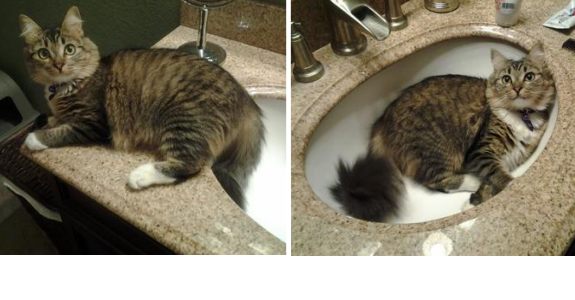 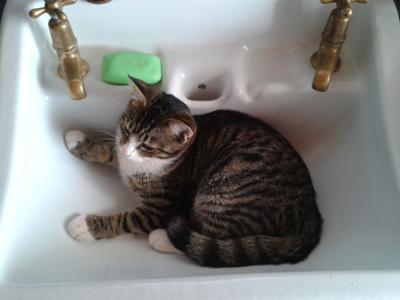 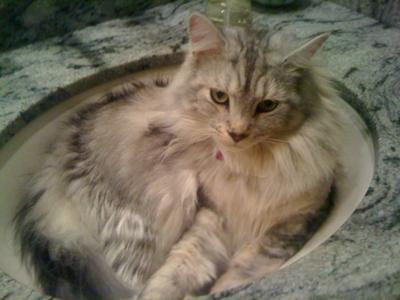 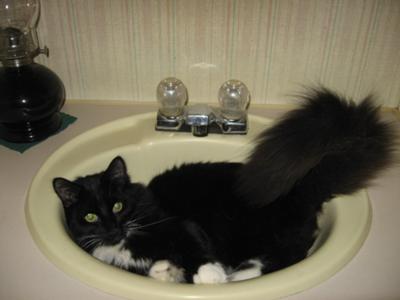 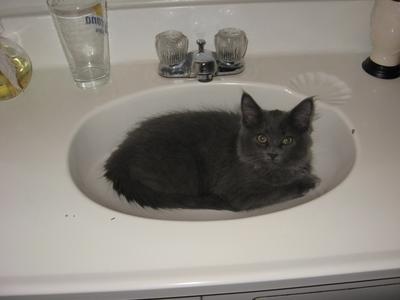 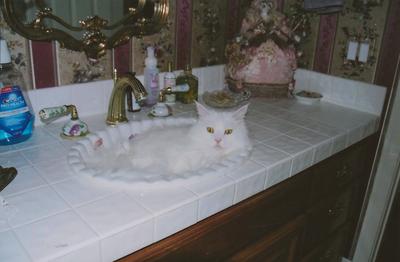 Meeko, (February 2013), is a White Maine Coon Cat- she's the only girl in the house with 6 brothers. 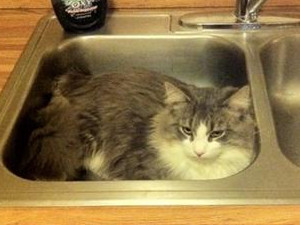 Squidward (Dec 2011) drinks from the faucet, plays with the water, and even sticks his head under it, and trashes the kitchen with the plastic bags. 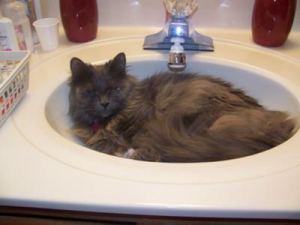 Akourah (Spring 2011)is a lovely companion who likes to follow Helen from room to room. 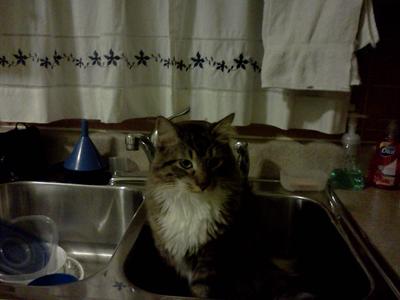 Whether it's the sink, the rug in front of the sink or on the rug it's a guarantee you'll find Sammy (July 2012) there! 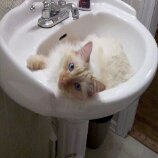 Mr. Low (Aug 2012)loves water from the bathroom sink - it's his favorite thing to do. 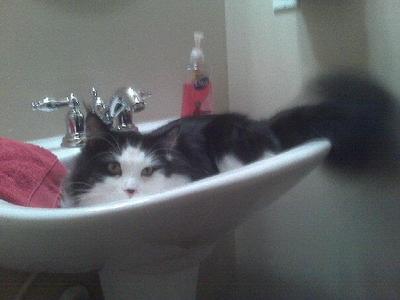 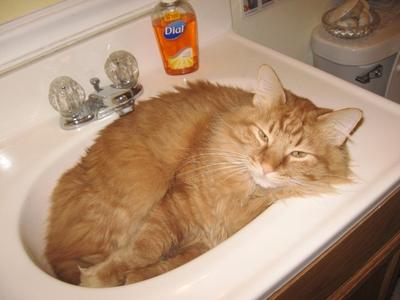 Spookley, (February 2013), is named after the children's book "Spookley the Square Pumpkin" 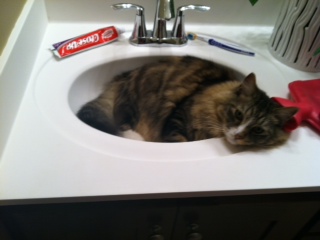 Princess, (December 2012) is a boy kitty who was thought at first to be a girl, and the name stuck!" 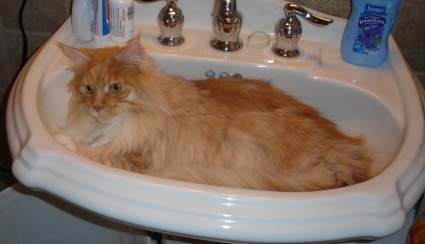 Our Leo used to nap in sinks more often than he does now. 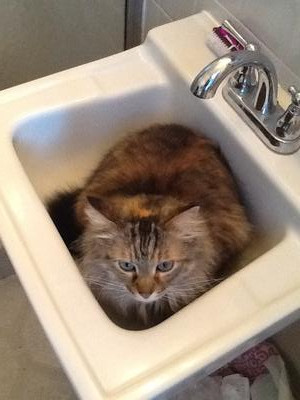 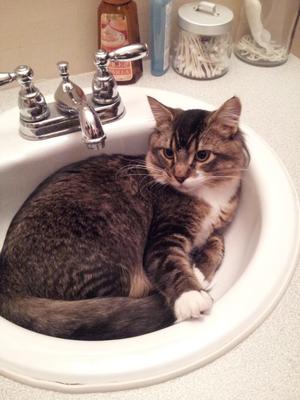 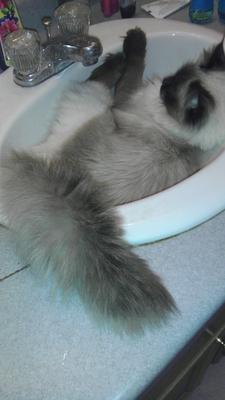 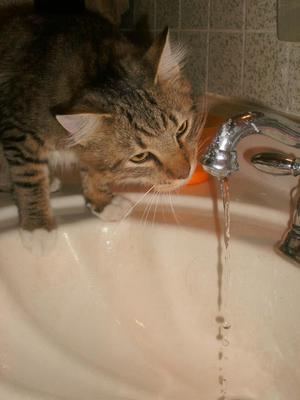 Dexter (Oct 2012) loves drinking from the bathroom sink, playing in cardboard boxes, walks in the backyard. 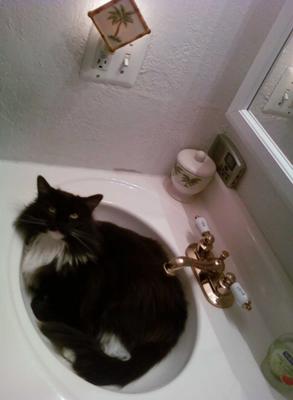 Kidd~E Reese (Feb 2012) is a big love who shows how to fit just right into the sink. 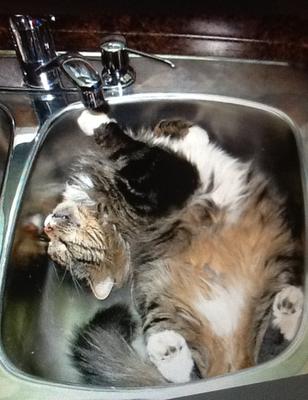